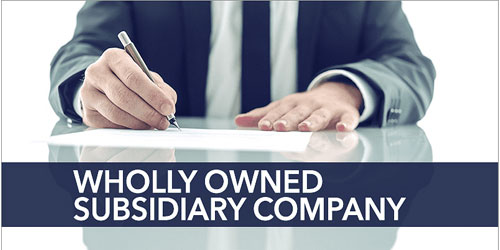 The Foreign Investors, who are unwilling to invest through Unincorporated route such as establishing Branch office/Project office/ Liaison office, can invest through Incorporated route i.e. set-up a wholly owned Subsidiary (“WOS”) or Joint Venture (“JV”). The Government of India is continuously promoting the Foreign Direct Investment and even liberalised the laws governing the same such as Foreign Exchange Management (Transfer or Issue of Security by a Person Resident outside India) Regulations, 2017. The Department for Promotion of Industry and Internal Trade, Ministry of Commerce and Industry has specified two routes for investment in India i.e. Automatic Route and Approval/Government Route. Sectors where approval of Government is not required come under Automatic Route wherein the Indian subsidiary or JV Company should report to the RBI about the setting up of JV/WOS and reporting of funding received if any and allotment of shares by such JV/WOS. The Foreign Companies making investment in sectors falling under automatic route can setup a joint Venture or wholly owned subsidiary and report the same to Reserve Bank of India. The Foreign Companies investing their money always look to retain control (partial or whole) over its International operations. Partial control can be defined as any person having less than 100% Control over its Company established in India. Foreign Companies looking to make collaborations or enter into joint venture with Companies established in India usually form a separate JV/ Subsidiary company. Since there are Foreign Companies who do not want to divest their control and are looking to retain full control can form a wholly owned subsidiary operating in India.

(i) controls the composition of the Board of Directors; or
(ii) exercises or controls more than one-half of the total voting power either at its own or together with one or more of its subsidiary companies:

Pursuant to the Explanation below Section 2(87) of the Companies Act, 2013—

(a) a company shall be deemed to be a subsidiary company of the holding company e
ven if the control referred to in sub-clause (i) or sub-clause (ii) is of another subsidiary company of the holding company; (b) the composition of a company's Board of Directors shall be deemed to be controlled by another company if that other company by exercise of some power exercisable by it at its discretion can appoint or remove all or a majority of the directors;
(c) the expression "company" includes any body corporate;
(d) "layer" in relation to a holding company means its subsidiary or subsidiaries; The above definition defines Subsidiary Company as the Company in which any other Company i.e. Holding Company controls the composition of first mentioned Company or holds more than 50% of the total voting power of the first mentioned Company. However the meaning of the term wholly owned subsidiary can be derived from the above definition. The Company in which entire share capital/ voting power of the Company is held/ controlled by another Company/Body Corporate then the former Company will be termed as wholly owned subsidiary of the latter Company.

The Foreign Company registered or incorporated in accordance with the laws of the country outside India holds entire share capital/ voting power of the Indian Company, can be termed as holding Company and the Indian Company is known as wholly owned subsidiary.

Routes Available: he Department for Promotion of Industry and Internal Trade, Ministry of Commerce and Industry has specified two routes for Foreign Direct investment in India i.e. Automatic Route and Approval/Government Route. Sectors where approval of Government is not required come under Automatic Route wherein the Indian subsidiary Company should report to the RBI about the setting up of wholly owned subsidiary or reporting of funding and allotment of shares. Where principal business of the foreign Company does not falls under the sectors where 100% FDI is not permissible under the automatic route are to be considered by the Reserve Bank, Foreign Exchange Department, Central Office Cell, New Delhi in consultation with the Ministry of Finance, Government of India. The RBI has specifically prohibited few sectors namely Lottery business, Gambling business, Chit Funds, Nidhi Company, Trading in Transferable Development Rights, Real Estate Business or Construction of Farm Houses, Manufacturing of Cigars, cheroots, cigarillos and cigarettes, of tobacco or of tobacco substitutes, Atomic energy and Railway operations and Foreign technology collaboration in any form including licensing for franchise, trademark, brand name, management contract is also prohibited for Lottery Business and Gambling and Betting activities.

A wholly owned subsidiary of the Foreign Company can be incorporated as a private Limited in India as the compliances of private company are less compared to compliances of public company. The procedure of incorporating a private Company is mentioned as under:

1. Obtain Director Identification Number and Digital Signatures of Directors & Shareholders: The Promoters of the Company shall obtain Digital Signatures and Director Identification Number of all the Directors
2. Minimum Two Directors: As per Companies Act, 2013, every Company is required to have one Indian Resident Director in the Company. So, the composition of the Board of Directors is to be decided by the promoters of the Company.
3. Minimum Two Shareholders: There shall be minimum two Subscribers to the Memorandum. Incase of wholly owned Subsidiary, 99.99% of the Shares will be held by Foreign company and 0.01% shares will be held by any person on behalf Foreign Company.
4. The Memorandum and Articles of Association are to be drafted in compliance with the Companies Act, 2013.
5. Filing of Incorporation Documents with Registrar of Companies (“ROC”) and ROC will issue the Certificate of Incorporation.

However, Foreign banks can set up a wholly owned subsidiary subject to fulfilment of following two conditions:

We extend our reach to the regions surrounding Basingstoke.