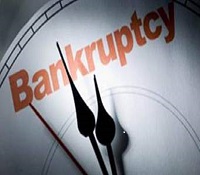 In common parlance, pre-packaged insolvency resolution process (or pre-packs as popularly known) is essentially a negotiated agreement between the founders/management of the ailing entity and its secured creditors for the resolution of its debts. It is basically a restructuring plan where a debtor (company and its founders) and creditors of distressed entity agree upon a resolution plan before filing the insolvency application (unlike the CIRP process where application is filed immediately on default and well before any resolution or negotiation) and then sanction of the court is sought on the said resolution plan. The key difference between the regular CIRP and pre-pack is that in the pre-pack process, the existing founders/management retains control until the final agreement is agreed upon and the formal application is made to the court. Further, the process is entirely informal in the pre-packs in a sense (as opposite to CIRP process where things are advanced through a typical formal court process) with the sole aim of faster resolution of distressed entity. Thus, in nutshell, it is a mix of the court-oriented process under IBC (i.e. CIRP) and the erstwhile debt restructuring mechanism involving lender/banks such as OTS, SDR etc. with the twist of inviting PRA, when the proposal submitted by CD/existing stakeholders does not fulfill certain criteria.

The purpose behind introducing pre-packs, as an alternative route (especially for MSME), is to lessen the burden on the Adjudicating Authority, faster resolution of the distressed assets, exploring quick revival with the involvement and support from the existing shareholders/management, avoiding unnecessary time and cost involved in the litigation and opening a window for MSME sector for reviving the ailing entity as the MSME is not likely to attract much interest from the investor/bidder due to very nature of their structure, size etc.

Thus, it involves the existing shareholders/management, giving them first chance to negotiate the deal with the secured creditors when there is default from their (i.e. company/management) side. The chances of success of pre-packs become high once all (creditors, founders etc.) are on board and negotiate the entire process internally between them. Most importantly, the cost of resolution under pre-pack is significantly lower as compared to regular CIRP as the substantial part of the process (in pre-packs) is informal in nature and this may be helpful in running the ailing entity for longer period of time due to quick decision and support from the existing management.

Does Pre-pack have any limitations?

Due to its very nature (i.e. negotiated arrangement between secured creditors and the stakeholders of the stressed entity), the pre-pack does not involve public bidding of the distressed entity and thus have less transparency as compared to the regular CIRP process. Here, financial creditors reach an agreement with a potential investor and/or stakeholders privately and not through an open bidding process.

Thus, pre-pack arrangements are, by its nature, very confidential and less transparent (as compared to regular CIRP) and due to this single fact, sometimes unsecured creditors may feel helpless or disinterested in the entire process due to high secrecy.

What does the Ordinance provide for Pre-pack?

Will Pre-pack be successful?

This is the million-dollar question which only the time will tell whether pre-pack will be successful or not. Given the intent behind introducing such pre-packs, Government aims at providing relief to MSME sector and given the nature of business/structure MSME, such ailing MSME may not find much business interest from the PRA and therefore, the concept of BRP has been introduced. Second aim seems to be to lessen the burden of Adjudicating Authority and make the process flexible and faster, which of course, PPRIP may offer due to very nature of the entire process. Now the time will tell whether such MSME sector sees the same amount of litigation/court proceedings which we have seen in regular CIRP or this new concept will sail through and achieves its aim. However, as of now, in order to avoid large number of liquidations in the MSME sector and reduce the burden on the Adjudicating Authority, it seems the right step.