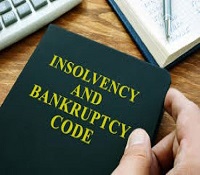 The Cabinet has accorded its approval, on its meeting held on 12th December, 2019 for certain amendments in the Insolvency and Bankruptcy Code, 2016 (“IBC”) through IBC through Insolvency and Bankruptcy Code (Second Amendment) Bill, 2019 (“Bill”) with the aim to remove certain constraints/limitations that were being faced by different stakeholders during the ongoing corporate insolvency resolution process (“CIRP”). These amendments have been proposed with the sole intent of removing bottlenecks and facilitating speedier resolutions of the stressed assets. The Authors are trying here to capture those key pain points (though the Bill provides clarity for few other issues as well) faced by such stakeholders and the proposed solution given by the Government of India through this Bill as under:

A.        Relief to Resolution Applicant from Criminal Proceedings: The first bottleneck was apprehension/fear in the mind of the Resolution Applicant (“RA”), who is going to acquire stressed assets that post acquisition, RA should not at least be subject to the criminal proceedings for the offences committed by outgoing defaulting promoters. Arcelor Mittal is the classical example in which they sought exemption from criminal proceedings with regard to their acquisition of Essar Steel. They are not the one, other will of course follow suit and demand same exemptions due to very natures of the assets being acquired.

Hence, the Government has proposed to insert Section 32A under the IBC to ensure that the liability of corporate debtor (“CD”) for an offence committed prior to the commencement of the CIRP shall cease to exist and the CD will not be prosecuted for the criminal proceedings from the date, resolution plan has been approved by adjudicating authority. If there arise a situation where if a prosecution had been instituted during the CIRP against such corporate debtor, it shall stand discharged from the date of approval of the resolution plan subject to certain conditions as mentioned in the Bill.

B.        Avoiding Multiplicity of Litigation: Earlier the Government has put the homebuyers under the category of financial creditor so that if the CD (being a builder) is unable to pay money or build their flat on time, any homebuyer can individually approach NCLT petition against such CD. As a result, a bundle of cases got filed in NCLT with the sole objective of recovery of money because none of such individual home buyer could safely be said to be interested in the revival of the CD. Homebuyer basically need their flats and due to above changes, they found an easy path to negotiate hard with the defaulting builder (i.e. CD). Though the home buyers were happy due to above changes but at the same time, it leaded to multiplicity of litigation against the same builder and also choked the entire litigation system where the object (i.e. revival, not recovery) of the Act seems to be lost. Hence, the proposed Section 7 under IBC, which has now thresholds for such home buyers to invoke such process and thereby preventing frivolous applications. Now after the amendment an application for the initiation of an application for CIRP shall be filed jointly by not less than one hundred of such allottees under the same real estate project or not less than ten percent of the total number of such allottees under the same real estate project. So once Bill gets effective, an individual allottee will have no power to initiate insolvency proceedings under IBC.

C.        Enabling Troubled Entity to Sail Through in Difficult Time: Earlier the situation was that once the news came out of initiation of CIRP against any CD, authorities or other stakeholders suspends immediately licenses/concessions/quota etc to protect their own interest without keeping in mind that the stressed assets needs support during such difficult time and in order to continue business, existing permits, concessions, rights etc must continue otherwise the whole objective of the IBC will be defeated and it will be a forced corporate death. So few explanations has been added in the Bill including that if in case there is any insolvency proceedings that has been initiated against any business organization then in that case a license, permit, registration, quota, concession, clearances or a similar grant or right given by the Central Government, State Government, local authority, sectoral regulator or any other authority constituted under any other law, shall not be suspended or terminated the same grounds of insolvency.

One can safely conclude that these amendments are in right direction and will certainly remove the hindrances currently faced by the industry and will sure ease out some burden.