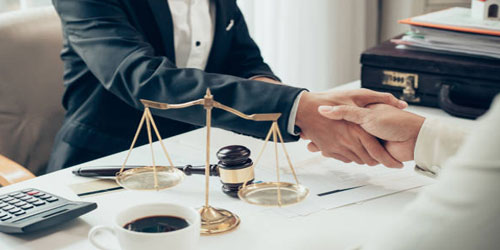 Foreign investors are permitted to set up business operations in India in the following two ways (i) Incorporated Route (As an Indian Company or LLP) and (ii) Unincorporated Route (As an entity which is not incorporated here in India and continue to represented as an extended branch/office of parent organization). Under the above incorporated route further the foreign investor can set up a wholly owned subsidiary subject to FDI Policy and sectoral limits and alternatively go for joint venture as well. Under the unincorporated route, the foreign investor can set up operations in India in the following ways (i) Liaison office/Representative office (ii) Branch office (iii) Project office.

In this note, we are discussing process with regard to Liaison Office only.

The foreign investors considering to invest for the first time in India and does not want to venture into without evaluating the market opportunities, requirements of the sector, compliances required, tax structure and viability of its product or service being offered so such investors may explore this option of setting up their first office in the nature of liaison office as permitted under FDI Guidelines. Sometimes, foreign investor typically may need office in the nature of Liaison Office only keeping in mind the overall objective. As a general rule, the liaison office is not permitted to engage in any industrial or commercial activity and hence cannot generate any income in India without the approval of Reserve Bank of India. As there is no income, liaison office are dependent upon the funds received from parent company to meet all expenses relating to their operation in India. As there is no income therefore there is no income tax liability on liaison office. As a general rule, Liaison office cannot borrow money or accept deposit. The permitted activities for liaison office is (i) to represent the Foreign investors/ Global Companies; (ii) act as a communication channel between the parent company situated abroad and Indian companies; (iii) promote technical/ financial collaborations between parent / group companies and companies in India; (iv) promoter import/ export from/ to India.

The Foreign Investors who are willing to open LO/BO/PO in India will be governed by Foreign Exchange Management (Establishment in India of a branch office or a liaison office or a project office or any other place of business) Regulations, 2016 (“Regulations”). The term “Liaison office” is defined under Regulation 2 (e) of the Regulations which has been reproduced as under:

“Liaison Office means a place of business to act as a channel of communication between the principal place of business or Head Office or by whatever name called and entities in India but which does not undertake any commercial /trading/ industrial activity, directly or indirectly, and maintains itself out of inward remittances received from abroad through normal banking channel.”

RBI Route: Where principal business of the foreign entity applying for establishment of Liaison office falls under sectors where 100 percent FDI is permissible under the automatic route then the liaison office shall be approved by the Authorized Dealer Bank.

Government Route: Where principal business of the foreign entity applying for establishment of Liaison office falls under the sectors where 100% FDI is not permissible under the automatic route are to be considered by the Reserve Bank, Foreign Exchange Department, Central Office Cell, New Delhi in consultation with the Ministry of Finance, Government of India.

Other than above, applications received from Non–Government Organisations/Government Bodies/Non-Profit Organisations of foreign government engaged in the activities covered under Foreign Contribution (Regulation) Act, 2010 (“FCRA”) then they shall obtain certificate of registration under FCRA and not under these Regulations.

The Person or Entity situated abroad applying for establishment of Liaison office must have a profit making track record during the immediately preceding three financial years in the home Country and minimum net worth of $50,000 as per latest audited balance sheet or account statement certified by Certified Public Accountant (“CPA”) or Registered Accounts Practitioner (“RAP”).

Further, Liaison Office is also required to get registered with Registrar of Companies under Companies Act, 2013. Further, in case a person from Bangladesh, Sri Lanka, Afghanistan, Iran, China, Hong Kong or Macau have to apply for registration with Local Police Authorities if they establish liaison office or any other office in India.

Documents Requirement: Following are the list of the documents which are basically required to be submitted to the RBI for making an application for opening Liaison Office

a. Form FNC-1;
b. Two copies of the English version of the Certificate of Incorporation/ Registration of the Parent Company attested by Notary public in the Country of Registration/ Indian Embassy (if converted to English Language);
c. The latest audited Balance sheet of the any Entity or Company situated abroad/ Account Statement certified by CPA or any RAP in case Accounts are not audited;
d. Report of Banker of the applicant (i.e. Entity or Company situated abroad) in the host country showing the banking relations of the applicant with that Bank
e. Letter of Comfort and other documents from Parent Company, if required
f. Such other documents as may be required by RBI.

Reporting with RBI: LO has to file Annual Activity Certificate certified by Chartered Accountant along with the audited financial statements to the AD Bank and Director General of Income Tax (International Taxation) (“DGIT”) at the end of 31st March every year on or before 30th September of that year stating that it has undertaken only those activities permitted by the RBI or FDI policy.

LO may approach the concerned AD Bank for closure of office and remittance of winding up proceeds by submitting such documents as may be prescribed under these Regulations and the AD Bank has to ensure that the Liaison Office had filed Annual Activity Certificate with the AD Bank and DGIT for previous years. The documents of closure of Liaison office are prescribed under these Regulations and the Remittance of proceeds by LO will be governed by under Foreign Exchange Management (Remittance of assets) Regulations.